The Root of Violence: Solutions for a Beleaguered World 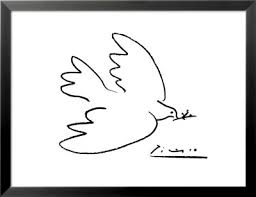 When I was in high school and the world’s population was at about 4 billion, I saw a video about an experiment in rat overcrowding. The researchers showed very clearly that up until a certain population the rats were civil, harmonious and happy. When they became overcrowded, the rats turned on each other and a cycle of violence began. I remembered wondering where that tipping point was for humanity.

Today the world’s population stands at about 7 billion, ready to top 8 billion in the next decade. I cannot help but wonder if the world is getting too crowded to maintain civil societies. At least in the old models.

Fortunately, we are not rats. We are human beings with a plethora of ingenious human tools at our disposal, the foremost being a thinking, self-reflective brain. We can not only reshape our environment, we can also reshape our bodies, personalities and even our own brains.

Clearly, it is time to evolve.

What would it take to stop the violence?

Currently it is popular to blame religion for violence. But I don’t buy it. Historically, nationalism was blamed for wars. But we didn’t abolish nations, nor could we. Anymore than we can abolish religion. The search for God and religion seems to be hardwired into the very fabric of humanity. And that’s potentially a good thing. Innumerable hospitals, orphanages, and other charitable endeavors have been supported by large religious bodies.

Look, I’m a therapist. I’ve spent a lifetime peering into the hidden mechanisms of human consciousness. I’ve worked with victims and perpetrators of violence, religious, atheist, you name it.

And the root of violence is pretty simple. The recipe is this: take a human ego, prone to intense biological impulses like sex and aggression, add a dose of rejection, violence, or trauma and withhold empathy, attachment and kindness. Don’t forget to add the testosterone, or all that violence will turn inwards. This is the basic formula; there are of course endless ways to “spice” things up. Anything that disinhibits a human helps: drugs, a charismatic leader, any kind of reward real or imagined, spiritual or material. You get the picture.

When the world becomes an overall less kinder place to be, when governments exist to punish and control rather than support, when adults are too busy trying to survive than to connect, when children are subjected to all manner of abuse growing up, when basic needs are withheld (food, shelter, education), then we can be sure the rise of violence is around the corner.
My little piece of contribution centers around psychological trauma. Like the tipping point for rat populations, I believe that there is a tipping point for the number of citizens with untreated abuse and trauma issues that starts to unravel societies and the fabric of civilization gets weak, gauzy and prone to tears.

That is why I wrote The Trauma Tool Kit: Healing PTSD From the Inside Out. But one book is not enough to stem the tide.

If we want to turn this around we need the biggest investment in our humanity the world has ever seen.

Our healthcare system is broke.
Out educational system is broke.
Our national aggression is disproportionately funded.
PTSD is a national (and global) epidemic.
Our TV and media is a wasteland of violence, sex and empty, puerile stories aimed at the basest nature of humans.
Adults can’t find meaningful work or time to connect.
Children can’t get their emotional needs met so they are turning to early sex, drugs, computers and violent videogames.

Like the global climate crisis we are in, we are in a crisis of our own humanity.

We need to ask ourselves: what does it mean to be human? Are we living lifestyles that are in alignment with our values and ideals, or have we given up?

The answers are simple. Accomplishing them requires insight, wisdom and the will of the people.

1) Convert from a permanent wartime economy to a peace economy. Stop trying to control the world and get back to taking care of American citizens.
2) Reinstate the important status of mothers in the world by funding them to stay home with their children as needed. Working mothers is a redundant, and obnoxious term. We need to recognize that all mothers are, by definition, working.
3) Stop projecting our own internal demons onto other groups: immigrants, “terrorists”, “dirty hippies”, whatever. And affirm the dignity of all human beings, the vast majority of whom merely seek to be happy.
4) Reign in the vast greed industries and interests in Washington.
5) Recognize that only people are people. Corporations are sociopathic entities.
6) Fund a single payer healthcare system and come into the 21st century.
7) Throw out the educational dictates of the last 20 years and create sound educational ideas that really engage students and teachers in learning in the new millennium.
8) Turn off your TV. Or at least have enforced rules about usage .
9) Heal your traumas. Help yourself.
10) Recognize that your children, friends and neighbors may be struggling quietly and desperately in need of help. Help them.
11) Spend more time with your kids. Quality is not enough. Quantity is also required for healthy kids. Don’t let computers and TV parent.
12) Create community events for connection. Host a potluck once/month. Get involved. Talk to your neighbors. Get over your fear of the ‘other’.
13) MEDITATE. Rats can’t meditate, we can. If we all just calmed down and healed our own brains, it would be enough.

OK, then. We do have choices. It’s either us or no one. We can cower in fear waiting for the next attack, the next screw gone loose, or we can start changing our communities here and now.

I vote for now. I’ll go meditate on it, and then I will act.